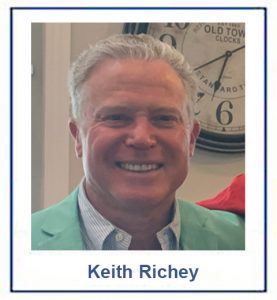 My wife and I have lived in New Canaan since 1991. Our two children were raised here and received great educations at New Canaan public schools; my son also attended St. Luke’s School for middle school. Over the years, we have enjoyed this stellar community and have participated in many activities.

Perhaps my most well known contribution to the New Canaan community has been serving on the Parking Commission in which I have been privileged to serve as Chairman since 2000.

Most recently, I served as the 2020-2021 President of the New Canaan Men’s Club (formerly the “Senior Men’s Club”) through the Covid crisis. The NCMC is the largest club in town with over 350 members whose motto is “fellowship and service.”

The New Canaan Exchange Club is the local chapter of the national service club that I joined in 1992 and served as Program Chairman and later as President. You may have seen me handing out flags on Memorial Day or doing the Clean-a-Mile and other club activities around town. If you have purchased a Christmas tree from us, you have probably seen me along with other members of the club working at Kiwanis Park. The funds raised from this and other activities goes to our principal focus, the prevention of child abuse, as well as supporting many New Canaan organizations.

I also joined the Grid Iron club around 1992 and have been an occasional (and extremely poor) performer. As avid dancers, my wife and I joined the New Canaan Dance Club and we served as Treasurer and President during that club’s heyday. I’ve also been a member of the Poinsettia Club for many years and have organized the annual Rich-Mich Softball Game for the last 20 years or so.

Professionally, I am a lawyer and, before retiring in 2018, specialized in international tax law. While attending the University of Southern California where I got a B.S. in Business cum laude, I was a member and officer of Phi Kappa Tau fraternity. I then went to the University of Texas at Austin for law school, and later got an LLM (Master of Laws) in Tax Law from New York University. My job experience includes clerking at the law firm, Gibson, Dunn & Crutcher, then working for Exxon, Mobil, Citibank, Xerox, ITT, then ITT’s spinoff, Xylem Inc. with increasing levels of responsibility. During this period I was a member and president of the Stamford Tax Association and also was the Vice-President in charge of the International Fiscal Association, Connecticut Region from 1999 to 2019.

Politically, I have been a Republican my entire life and worked for the campaigns to re-elect Richard Nixon and to elect Ronald Reagan first as governor and then as president.

I am most fortunate to have been blessed with a wonderful family, good health, a high energy level, and a rewarding career. Giving back to my community is a very important to me and I hope to continue to support New Canaan to make this town the very best it can be. It would be a distinct honor to be elected to the New Canaan Town Council.